Puerto Rico Legends Sentenced to Fight is back with their new album “Retaliation” coming August 5th 2014. Get ready for some fast roaring riffs with flow, and a ny breakdown style topped with that puerto rican flavor added.

Kicking off the #Retaliation with their new single #Rotten available July 15th, keep a look out for the official video!

“The last three albums lyrics had been positive, you know… how to be a better person. Not this album. It’s time to let the hate come out. Working this new album has been a soul cleansing for me.”

“We decided that the new album title is “Retaliation” to represent this sound.”

Send Newsletters to your fans from ReverbNation.com

SENTENCED TO FIGHT IS A FOUR PIECE HARDCORE BAND STRAIGHT FROM PUERTO RICO. KNOWN WORLDWIDE FOR THEIR PARTICULAR STYLE TO DELIVER LATINO HARDCORE THROUGH SOLID MUSIC AND STRONG LYRICS . MEMBERS OF THIS BAND HAS BEEN TOGETHER SINCE 2004 IN PRHC SCENE BUT THIS BAND WAS FORMED BACK IN 2007 , BY THE BROTHERS JOSITO ( DRUMS ) AND JOEY ( VOCALS). SINCE THEN, THEIR FAMILY “LA JAURIA” HAS BEEN GROWING ALL AROUND THE WORLD. The’ve been writing and recording their new album “Retaliation”, coming soon on To the Point Records. 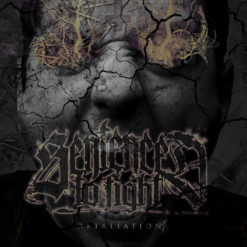 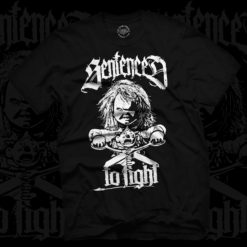 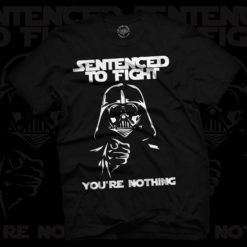 Sentenced to Fight “You’re Nothing” Shirt