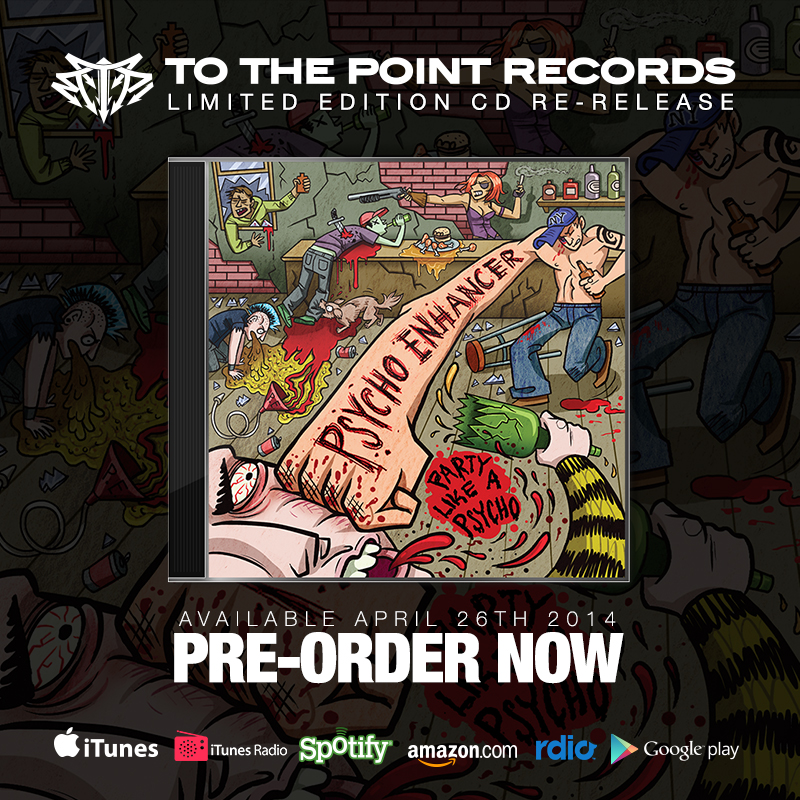 To The Point Records is excited to announce a limited edition CD Re-Release print of Psycho Enhancer’s out of stock hit albums “Broke As Fuck” and “Party Like a Psycho”. Available on April 26th 2014.

They are also now currently brewing up their next album, and their first new single “Handle Your Shit” coming this 2014. Psycho Enhancer remains devoted to writing and committed to touring as they forge ahead on their quest to conquer the heavy music scenes of the world. 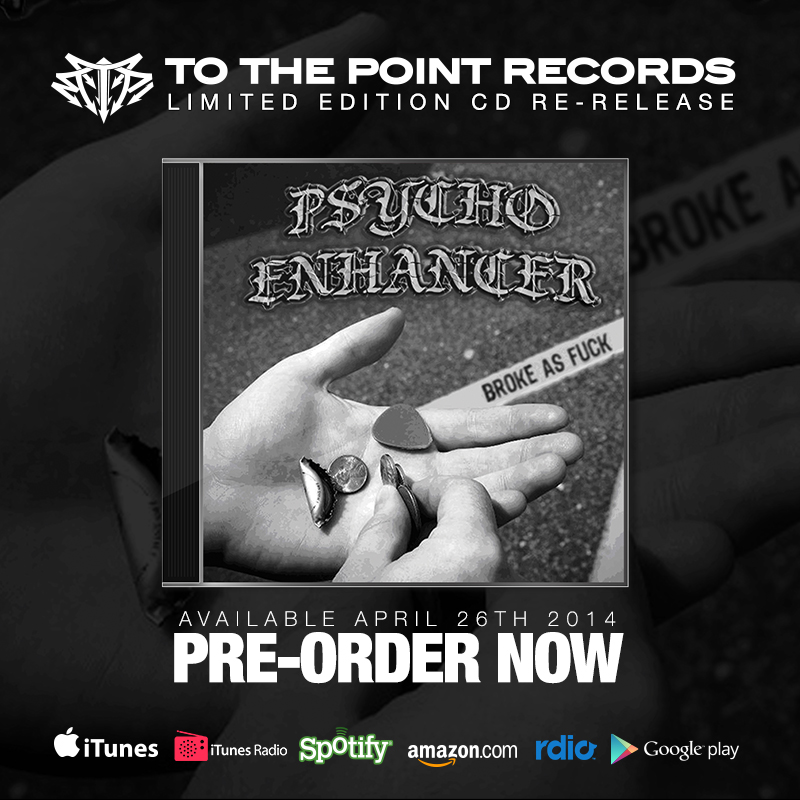